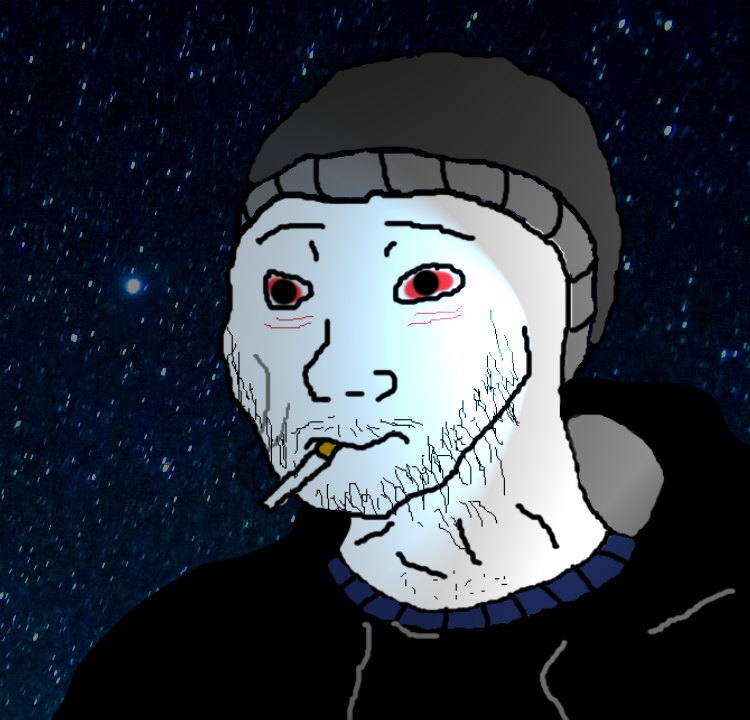 As you might have noticed, I’m interested in personality types classified by the alphabet, like the alpha and sigma male. Only recently, new meme-based types have been showing up that are called doomer, boomer, bloomer, and zoomer. So, I thought it’s about time to have a chat about each of these types.

According to the urban dictionary, a doomer is an enlightened version of a so-called involuntary celibate. The first thing that pops into my mind is the gamma male, which is characterized by a negative stance towards the world which, mostly, manifests itself as a retreat from society. Like gamma males, doomers experience feelings of resentment and are aware of the great tragedy called life. They experience a phenomenon called Weltschmerz, which can be translated as world pain, pointing to the deep sadness and painful melancholia one experiences because of the world´s imperfections.

I think that the doomer engages in a form of masochism. His idea of enlightenment is perverted when you compare it to the Buddhist approach. He refuses to let go of his suffering and cynicism and is in denial of the idea that there´s way out of the cycle of misery.

The boomer is based on a meme that started on the famous internet forums 4chan, and also comes from the term ´baby boomer´ which is the generation born between 1946 and 1964, in other words, after the second world war.

Now, a boomer isn’t necessarily a person of a certain age. Having studied several definitions of the boomer and the way he is portrayed on the internet, I believe that what characterizes him (particularly from the viewpoint of the doomer) is that he resides in blissful ignorance. Yet, they see themselves fit to lecture younger generations despite the fact that these younger generations might be much better informed. A Reddit poster named Hammurabi states this about the boomer:

The younger generations are raised on the internet and have been bombarded with an information load, in a way that older generations have never experienced. That’s why they often have different views of the world, and consider boomers as the people who have missed the boat in regards to educating themselves on the latest facts. A boomer could be a 30-year-old and even a 20-year-old who carry outdated beliefs and are blind from the harsh realities of the world.

From what I’ve seen about the bloomer, I’d say that he is the closest to Enlightenment of the four meme-based types I discuss in the video. He is positive and is able to transform any negativity into positivity. Basically, the bloomer is the guy you want to be.

As opposed to the boomer, the bloomer does have knowledge about the harsh realities of life, so his positive outlook doesn’t come from blissful ignorance. These harsh realities do not stop him from living the best and happiest life possible.

Instead of obstacles, he thinks possibilities. Problems inspire him to come up with solutions, his love for people always exceeds his hatred (if he has any), and he carries a machine gun loaded with morals and ethics. Unlike the doomer, he doesn’t walk around with earphones the whole day, because those block him from the most magnificent sound in the world: the music of life.

The bloomer takes and swallows the proverbial ‘red pill’, digests it, and when it comes out of his behind, it serves as compost for beauty.

A term zoomer is derived from the term boomer, and refers to people born in the late nineties and up, also known as Generation Z. They are raised by the internet and represent the first truly global culture.

A zoomer typically likes to play internet-based video games like Fortnite and has spent a great portion of his time playing Minecraft as well. Also, a zoomer has a keen interest in cryptocurrency and, most likely, has a personal YouTube channel.

The interconnectivity between the zoomer and the rest of the globe that often occurs at a young age (i.e. the moment he gets access to the internet) results in an unprecedented influx of information and other stimuli.

So, this was my take of the doomer, boomer, bloomer, and zoomer. As you can see, these aren’t really personality types, but rather generation-based lifestyles turned into memes. If you want me to talk about them in the future, please let me know.